Food I Loved in Amsterdam

One of my favourite aspects about travelling is all the new food I get to try out. Revolutionary, I know. I´m sure many fellow bon vivants feel the same and as such I hope you´ll enjoy this new series on the blog #foodIlovedin . Through these series I´m hoping to document all the amazing food I eat in all the places I visit, and even dive a bit into the cultural and social aspect of food in said areas. We´re starting off with Amsterdam, and all the yummy food I ate there. As per usual, I went for local dishes and their stories, and kept my eyes wide open for the six days I spent in the city of over 160 canals, observing its restaurant and many brasseries (what´s with the million brasseries, Dutchies?!). Additionally to all my observations and recommendations, I´d suggest you check out Laura de Grave´s Amsterdam Cookbook – a fantastic collection of recipes as they are cooked in her favourite Amsterdam restaurants. From Pancakes from Gratine, to Oysters from Nam Kee and Advocaat from Kessens – you´ll find the most notorious dishes and where to have them as well as how to cook them yourself in her book.

Some basics about Dutch food before we start. Dutch cuisine at its core is quite rustic and simple, relying heavily on potatoes (which the Dutch especially like fried), other vegetables, some meat (mainly minced and deep fried or in the shape of sausages), some fish, seafood and lots of dairy products. In modern times Dutch cuisine has “suffered” several influences, of which the most poignant one seems to be Indonesian, resulting in fusion dishes like rijsttafel – a dish I unfortunately haven´t had the pleasure of trying yet. The many Indonesian restaurants I´ve seen while strolling around Amsterdam are definitely on my list for next time! Another thing to note is that there are also clear distinctions between three main areas of this small country – Northeastern, Southern and Western Netherlands. They all have their specificities, and while I didn´t get to explore them in depth I got to buy some different cheeses from all over the country. And finally, while the Dutch have their own preferences for breakfast, lunch, dinner and tea time, what struck me most in my research was their concept of Borreltijd – booze o´clock. Borreltijd mainly happens on weekend afternoons/evenings and is the time when you´ll have a beer along with the famous Dutch bitterballen. Count me in! And now for the places and the foods I personally enjoyed most…

The absolute winner (by far) for the best brunch I´ve had in Amsterdam is Factory Girl. They´re already a brand and besides their Amsterdam location, they´re also in Berlin. Their signature dish is Coco Anjéla, a vegan dessert that you´ll want to start your breakfast with (the motto is “start twisted”). Besides the coco anjéla (we took the cookie version, but there´s others to choose from), we had a delicious shakshuka (and I am a bit of a shakshuka snob, so you´ll have to trust me that this one was amazing), Turkish eggs (which while they´re all over Pinterest you don´t actually find them in restaurants often) and of course, an avo toast. We topped it all off with mimosas and took a take-away coffee. The two of us paid for all of this 36€ each – so 72€ in total, which is the most I´ve paid for brunch during this trip, but it was totally worth it. Great service, fantastic food and super cute location on a small street close to Albert Cuyp market. If you´re planning on having brunch there, check out my Day One itinerary from this article to plan the rest of your day starting from Factory Girl.

Amongst other brunches we had there was the one at The Hoxton Hotel, which albeit in a lovely setting, did not blow me away. I had the eggs Benedict and they were pretty average, and the tea I had, once it got a bit colder was just awful. I do recommend the Hoxton for a nice cocktail or coffee though, it´s a great place to sit and work on your laptop for a few hours. I just wouldn´t repeat brunch there again. Another hotel brunch, and this one slightly better, was at the Boat&Co hotel. It´s actually the Vessel restaurant providing brunch at the hotel and they don´t exactly excel in it, but I do love the hotel and if you´re staying there, I would recommend you order the brunch for room service (we tried both their brunches) – it´s a nice treat. Finally. curiosity got the best of us and we had a breakfast/brunch at one of the Bagel&Beans stores. It was not outstanding, but it´s a great option if you´re on the run, or want a good and cheap bite to eat. And I should say I´ve never seen such pink salmon as I´ve seen on their bagels in my life.

You´ll forgive me for grouping lunch and dinner together but I don´t make much of a distinction between the two so I´ll simply tell you about the best places I had a full meal at and point out if any of them are particularly interesting at night or during lunch time.

My first choice is a restaurant we stumbled upon by accident and which happened to only have opened a day before we found it – Arisa. Arisa seems to have two locations in Amsterdam, the one I am referring to is on the Prinsengracht canal. We took a table right by the water and had dinner there, but I am sure it´s wonderful at lunch too. The restaurant is Mediterranean but to me it had all the Middle East vibes you can get. Their labneh was so good, I am setting myself out to make my own at home. Their hummus was pretty neat to, their aubergine not as impressive and their fries (nothing Mediterranean about them, this is all about the Dutchies) were the best we tried (and trust me, we had fries all day, every day!).

My second choice for dinner is Café de Jaren, a rather huge café by the canal, with a great view if you catch a seat outside. The food is more in the finger food section, but it´s a great spot to try the Dutch Bitterballen (sort of a minced meat ball – deep fried) and the traditional fries and hummus, which you seem to get everywhere. I´d really stick to Café de Jaren for dinner as it´s a pretty nice spot in the middle of the city to see the sunset light from and as it can get pretty animated at night.

Other cool lunch/dinner spots: Marie Amsterdam – a Michelin guide brasserie right by the water next to Café de Jaren. The location and the aesthetic of this place is really, really cool, the prices are quite alright, and the food a bit of a hit or miss. I loved their tartare but found their mussels extremely bland, for example. If you´re around, I would still go for their really nice cocktails and perhaps a snack, but I wouldn´t choose it for a full meal. Another super nice dinner spot, with great food, albeit not Dutch at all, is the Colibri Gastro Bar – a Brazilian/Italian fusion small restaurant, ran by a very sweet couple that cook great food with lots of love and serves cocktails from tiny bottles. We had some fantastic small dishes and great wine there, and while it´s not very central, I think it´s totally worth getting out of your way for. Finally, a nice lunch by the water, in a cool and non-touristy side of town, was at Vessel, the same restaurant that services the above mentioned Boat&co hotel. The menu is not very varied, but they have some nice things on it, some excellent wines and their outside terrace is really nice even on a darker day.

Amsterdam + desserts = stroopwafles. A stroopwafle literally means a syrup waffle and it´s essentially a dessert made of two thin waffles joined together by a layer of caramel. In themselves, I don´t find stroopwafles very yummy, but the ones at van Wonderen are something else. I chose a medium one with a smarties topping and it was way better than expected, albeit super sweet and a bit more expensive than expected. If the stroopwafle is not your cup of tea though, you´ll want to try the best cookie in Amsterdam – at  Het Koekemannetje. I´ve tried their milk chocolate and their brownie flavours and both of them were served warm and were truly the best cookies I´ve tried in my entire life. If you´re not going to Amsterdam anytime soon, my own cookies are a close second – here´s the recipe. And finally, I´ll reiterate that the Coco Anjéla dessert at Factory Girl is a great unique dessert you should try while you´re around Amsterdam too.

Finally here are some dishes I didn´t get to try while in Amsterdam, but which are on my lift for next time: stewed eel, poffertjes, ossenworst and the Dutch weed burger.

Apricot jam and cream cheese cake, anyone? 🍑 I

Raise your hand if you´re also a sucker for prett

Tell me about the book that marked your childhood.

Pizza with Chevre, Arugula and Peanuts 🍕 ⠀⠀

Any shrimp lovers out there? 🦐 The best meal we

Raise your hand if you also love cake but are not 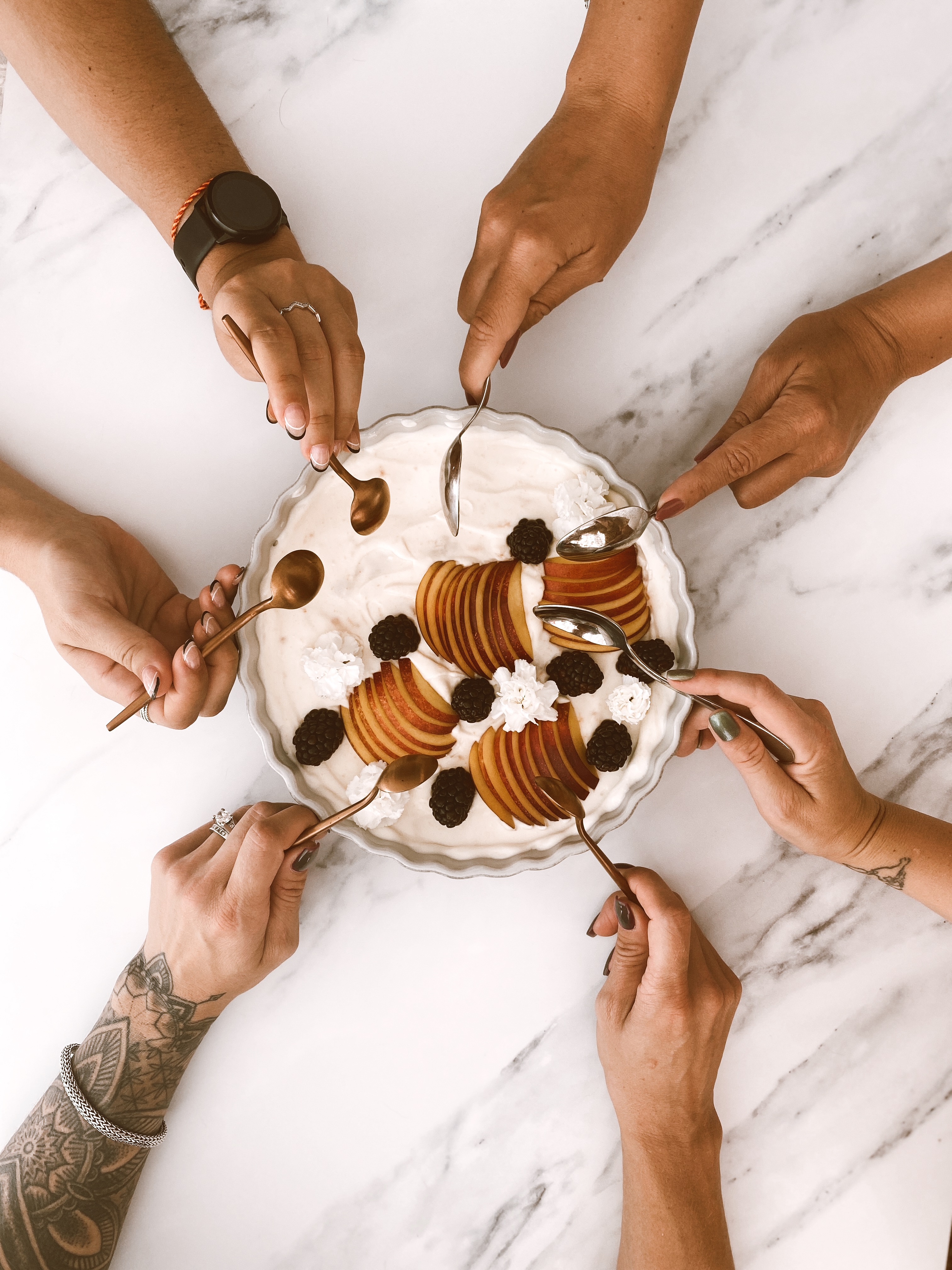 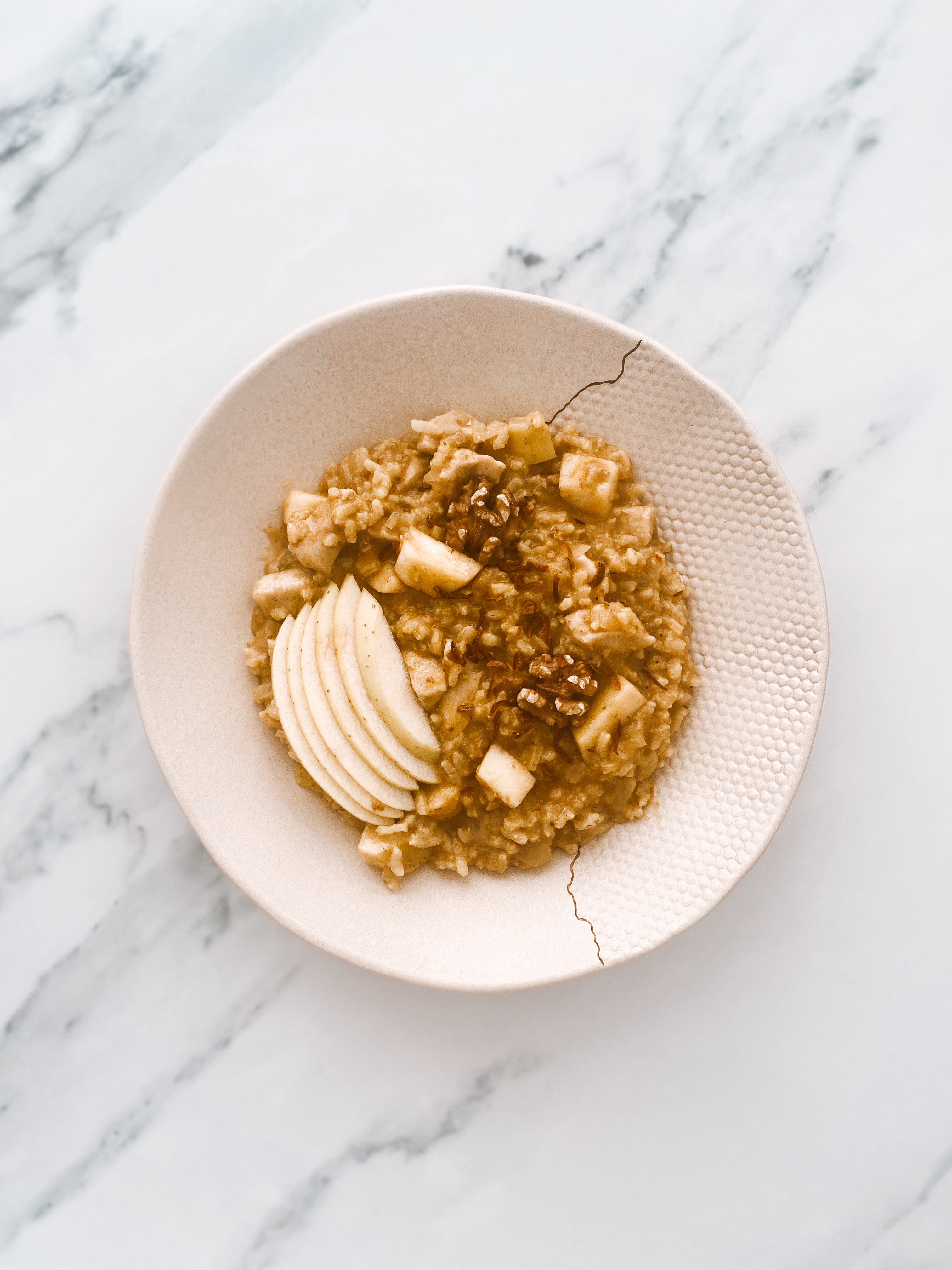